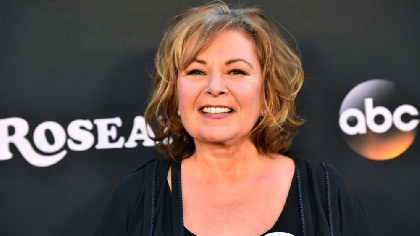 Roseanne Barr is setting her TV comeback with a stand-up comedy special — her first in 16 years — for Fox Nation, the network announced.

The comedian was infamously ousted from the reboot of Roseanne back in 2018, after a racist tweet went viral. The show proceeded on with a new name, The Conners, and without Barr. She has not been featured on TV since so A Roseanne Comedy Special will mark her return to the small screen as well as a return to stand-up specials.

While there is no official release date set, the special is set to air in early 2023 on Fox Nation, the network’s new streaming platform.

Fox Nation president Jason Klarman made the announcement, stating, “Roseanne is a comedy icon whose humor connects with the American audience like no other. Her ability to channel the challenges of everyday people and find the humor in it all has earned her the passionate following of millions of dedicated fans. We are thrilled to add her comedy special exclusively to the FOX Nation catalog.”

Roseanne ran from 1988 to 1997, and came back in 2018 for one season before the Twitter drama saw her killed off the show. It was a huge hit for ABC, winning four Emmy Awards, three Golden Globe Awards, and a Peabody Award.

In the ’90s, Barr had a fruitful career — beyond Roseanne, she also had The Roseanne Show from 1998 to 2000, along with several comedy specials on HBO. Other credits include She Devil, Freddy’s Dead, Blue in the Face, and Meet Wally Sparks. She has also voiced characters in Look Who’s Talking Too and Home on the Range. Barr has published three books — Roseanne: My Life as a Woman, My Lives, and Roseannearchy: Dispatches from the Nut Farm — and is currently working on a new tell-all memoir